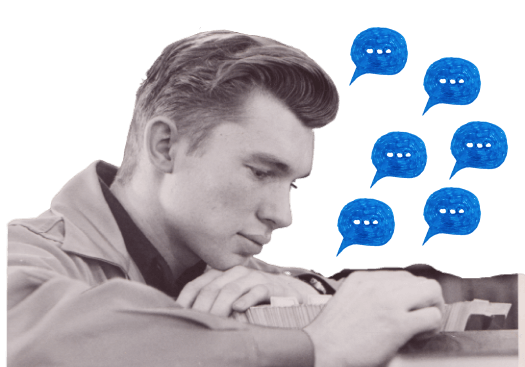 How can you tell if someone is a vegan? You don’t have to, they will tell you. I feel like not using Facebook is much the same joke. It’s easy to hate on Facebook, but it’s not easy to avoid using it. Not that I have anything against Facebook, per se. Many people do, though. I just don’t need to know what is going on all the time in the world. Especially on FB, or in the eyes of FB users. Every minute, every post, every non-relevant event or… ‘Like’. I’m not saying that I don’t check the news or touch base with friends, and far be from me to say what is best for someone else! To be frank, I don’t have a myriad of close friends — most people don’t. I do, however, have a handful of select “best” friends that I deliberately take the time to talk to or write to. Plus, I’m married with a family. That tends to fill my life perfectly. Not to mention that I just don’t like the way FB makes me feel — and the potential time-suck it presents. People have, and use, more leisure time than they tend to want, or know, to admit. (There is plenty of data supporting this). And for the record, mine is not spent in such VRs.

Nostalgia is on the upswing and that is what is on my mind currently, too. I’m a 38-year old Xennial who went to college in the genesis in which expectations of other people’s time were demanded in an insta-micro-second. Between flip-phones, AIM, and MySpace, a call or message was expected to be answered (pseudo-)immediately, and this has only gotten worse over time. One of the worst contributing features of this was MySpace’s “Profile Views” counter and identifier, which was added to personal profile pages. I felt pushed — I felt the cattle prod. I already tend to have issues with authority as it is so, naturally, I repel. I stopped the MySpace-ing in 2005(?), I believe. I just don’t need that kind of platform to manage my connections or life. In 2020, I use an iPhone 5s, a CASIO F-91W wristwatch, an updated address book, and Fastmail for electronic mail and calendars. I would do without the iPhone but I use it for the camera.

Note: I will admit that AIM helped enhance my typing skills in college.

Facebook came on the scene in my final throes of college. I was still in undergrad when I was suggested to join by my housemates. So I did. But, didn’t really see much of a benefit outside of a personal address book and an updated contact list. All I saw was small talk, lewd behavior, bragging, and use that very much reminded me of nothing short of a type of new internet pornography. I guess it was good for that if nothing else.

Plus, what’s with all the advertisements? Sure, you have to make a buck to keep running, but what’s with the 80:20? 80% un-useful content, 20% potentially also un-useful content (ads). Good content, and useful content at that, on FB, is already lacking. Over time, I’ve determined it isn’t worth my time, given the other, arguably better options of time well spent out there. Facebook just represents too little of what else there is to offer in life.

But, I have to say, I feel left out, in some regards. More acutely, I feel the shaming culture pressed against me. FB has proven to be a type of digital drug that was developed and released before tested. Move fast and break things. That’s the silicon valley digital world though. One has to have the ability to truly know what is good and bad for you. FB is just too darn an inconvenient truth for some. There is a term for this in culture and I don’t feel like referencing it right now but, I am not a fan of how FB has created a culture of the knowing and the unknowing. Or rather, “in” or “out”. Things I care to know about are my local news and happenings, not that so-and-so has lupus and they posted their recent outbreak. Can’t fix lupus!

“Jesus, did you see Shelly’s latest lupus outbreak on FB last night! She just posted it. Last night. WTF is up with that? She needs to take some natural stuff to get that taken care of.”

I will admit, however, that I still have a FB account, but I don’t use it. In addition, I do enjoy visiting Twitter or Reddit, occasionally. ; )